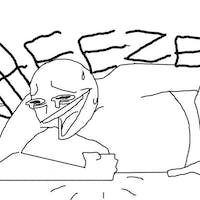 Subscribe to my newsletter and never miss my upcoming articles

Are my nightmares catching up with me? Maybe not or maybe i'm here to give you a good look of the language. What is this guy talking about, i already use node js, Haha! What if you didn't need modules for everything. What if everything could be done so simply? Who knows? In this article we are going to step down memory lane and understand where PHP is coming from. Is it growing or vanishing??

Why bring up a guy who came up with a language and not just tells why the language is as good as you claim? He did not sit under a tree and come up with laws of motion. All he wanted was to maintain his personal home page. Nice dude if you ask me. He decides to write some CGI in C. Hmm, maybe extending to webforms and databases would be great might have been his thought.

PHP did not arise from a well thought out plan but rather just a dude trying to maintain his home page back in '94. Yeah, PHP meant Personal Home Page. This is what made all the developers probably look away and say, "So many inconsistencies! I'm scared mom! Horrifying!". Now we understand that PHP was not originally designed like some other languages that are preferred over it.

In 1995 Personal Homepage Page/Form Interpreter comes to life through implementations of databases and webforms. It is hilarious how it went from Personal Homepage Page to fancy Hypertext Preprocessors. Anyway, this guy Lerdorf never intended to write a programming language. He surprised himself too. Like a superhero that is accidentally created in the lab. That is what PHP is like. PHP saving the world! In 1997, after formulation of a team, a beta is out for testing and they call it PHP/FI 2. Now PHP is growing and we have a team to at least start working things out. No longer just a guy trying to maintain a personal Homepage.

Zeev Suraski and Andi Gutmans enter the stage and now this guys are just great. I can never be as smart as them. They introduce to us the Zend engine. First, they rewrite the parser and well new things need new names right?? Maybe not for you. Now PHP is grown and is ready for baptism and it is given a new fancy name: PHP Hypertext Preprocessor. These smart guys decide to rewrite the PHP core and with it comes to birth the Zend engine. They also got a company while at it so guys, contribute to Open Source!! PHP 3 and 4 are now live and this language is growing! I love to see growth.

PHP 5 is probably a more stable version of the nightmare that existed before. Now we are talking guys! We have something that is decent at least. From grass to grace maybe. We are growing and all my homies love to see growth. We have improved performance, PHP data objects(powerful stuff by the way) and we have Object Oriented Programming. Nice! Improvements equal growth. I'm not going to go down the details about the improvements.

The onset of PHP 7 saw many changes and improvements. Now we have grown so fast we skip number 6. That is rapid growth that we are unable to keep count. Okay, maybe I should say them cause I might have not known about programming back in 2014-2015. PHP 7 becomes better from there and this the version I found it in. I think it is great for anyone. With the improvements made in version 7 which were major and now we move to PHP 8 which presents even greater possibilities.

Searching on chrome the acronym "PHP" will have you thinking that PHP is dead. I have tried to show you where PHP is coming from and though its popularity is claimed to be on the decrease, the language is growing. The scarce resources to learn from maybe the major cause of new members trying to join. It is easy to learn and so powerful. Understanding it will have you move to other languages even easier. PHP is a growing!